Miznon is the wild brainchild of celebrated Israeli chef Eyal Shani in Vienna’s first district. The first Miznon opened in Tel Aviv in 2011, followed by Paris, Singapore, Vienna, Melbourne, NYC, and London. Miznon aims to capture every sense of Tel Aviv’s street food scene in loud, rustic-casual spaces, infusing each Mediterranean pita and dish with Shani’s trademark originality. Our menus change daily to reflect the freshest produce in season, but always use a special pita crafted for Miznon by Israel’s world-famous Angel Bakeries.

Shani’s culinary passion was first instilled in him by his grandfather, an agronomist and a dedicated vegan. As a child, he would accompany his grandfather to local markets, fields, and vineyards.

In 1989 he opened his first restaurant, Oceanus, in his hometown of Jerusalem. There he developed a unique culinary language based on regional Mediterranean products: olive oil, fish, tahini, fresh seasonal vegetables, and of course, the tomato.

Since opening his fine dining restaurant HaSalon in Tel Aviv, Shani is now the inspiration and the leading chef of numerous highly successful restaurants. He is considered to be one of the leading figures in the Israeli culinary scene, starring in the TV series “Food for Thought” and appearing on the panel of judges during the past six seasons of Israel’s “Master Chef.” 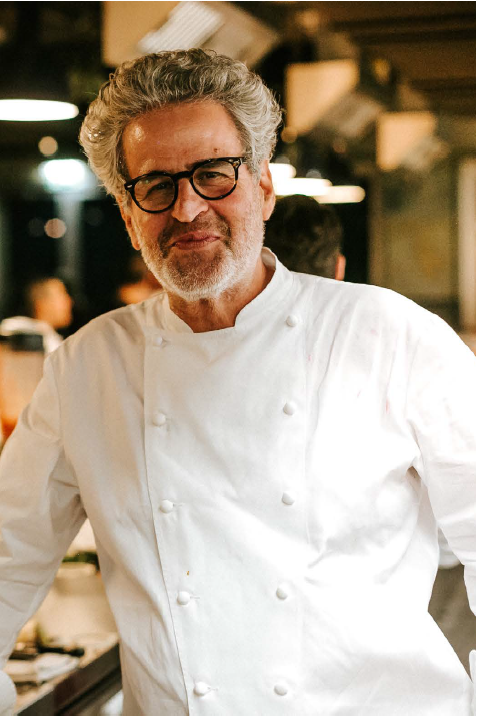